Local stonemason, James Wilkie of Preston, is commissioned to construct storage reservoirs opposite Grimsargh Mill at a cost of £1,600, providing domestic water for the rapidly expanding population of Preston.

Courtaulds factory is built at Red Scar and becomes a major employer in the area, producing man-made textiles such as Rayon. Water is drawn from Grimsargh Reservoirs by a dedicated pipe up until the factory's closure in 1980. 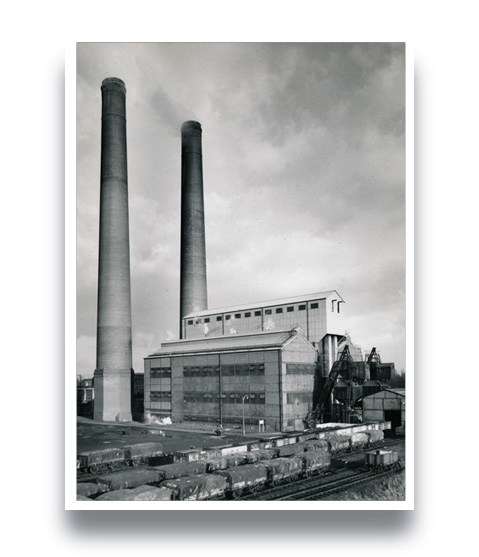 Grimsargh Reservoirs becomes surplus to requirement. Preston and District Water Board takes over management of the reservoirs which are no longer needed for domestic water supplies.

Courtaulds Angling Association leases the three reservoirs for fishing. Fly fishing was initially allowed, but with the closure of Courtaulds, Red Scar Anglers was formed and coarse fishing was also permitted.

My earliest recollection of Grimsargh Wetlands is as a young ten-year-old boy in the early 1970s.
Together with my best friend, who lived in the village chippy, we used to head up to the reservoirs, to watch the fly fishermen from the path signposted ‘Dam house ¼ mile’, or Eccles' field as we used to call it.
Sometimes, they'd talk to us and show us their catch which was always a plump looking trout.

We were desperate to catch our own and hatched a cheeky plan to lay night lines, which seems somewhat ironic as I look back now as Deputy Warden of the site!

These consisted of one of our mum's curlers with fishing line wrapped around it, weighted down with a steel nut out of my Dad's garage, sometimes extra fishing hooks, and always baited with worms.

After our night-time adventures, we would return the next day to retrieve a trout or, disappointingly, a perch. This carried on into our early teens and involved many of the other lads from the village.

Of course, when we brought trout home from a members-only fishing pool to have for tea, we used to get a good telling off from our parents. Although, funnily enough, we were never told categorically to stop!
Neil Hartley, Deputy Warden, Grimsargh Wetlands Trust.

Growing up with the wetlands on your doorstep

The reservoirs were a great place to relax and fish as teenagers. In the 1970s there must have been well over a dozen lads that fished it and more often than not, the trout were put back. I particularly enjoyed spinning for the decent sized perch.

We used to find ourselves getting chased off quite often, as non-members.

Sometimes our fishing tackle got confiscated and I vaguely recollect looking through a window in the pump house, only to see several of the lads’ rods set up like trophies from a successful day’s catch!

The main adult participants in this game of cat and mouse were Sid Morley and Cyril Simpson. There was a certain kudos in not getting caught by them, but we accepted it if did. I don't remember any cheek, just trying not to laugh during the telling off!

I was reminiscing with Sid about this time over a pint in Grimsargh Club quite recently. He explained that he collared anyone that shouldn't have been fishing there - including his own son who he caught red-handed with a trout.

Being a fair man, and not wanting the trout to go to waste, Sid made David eat it for his tea and showed leniency by even cooking it for him - decent fellow old Sid!

Following a slippage on one of the banks of the reservoirs, United Utilities takes Grimsargh Reservoirs out of service.

After years of campaigning by author and naturalist, David Hindle, Grimsargh Reservoirs are designated a Biological Heritage Site (BHS).

'Friends of Grimsargh Reservoirs' is established, outlining plans to transfer the soon-to-be-decommissioned reservoirs into a nature reserve with BHS status.

Such was the enthusiasm of the villagers, that the meeting at Grimsargh Club in August 2005, is packed to the rafters, supported by Ribble Valley MP Nigel Evans, Councillor Ron Woollam, and David Hindle.

Over the next 12 years, Grimsargh Parish Council, David Hindle and 'Friends of Grimsargh Reservoirs' campaign to retain the reservoirs for the enjoyment of the village. 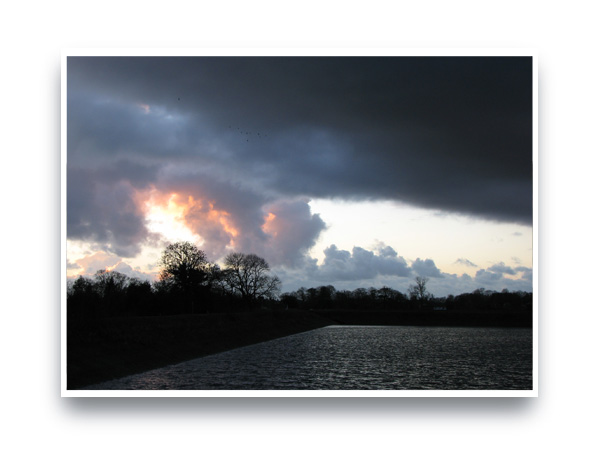 'Friends of Grimsargh Reservoirs' is established, outlining plans to transfer the soon-to-be-decommissioned reservoirs into a nature reserve with BHS status.

Such was the enthusiasm of the villagers, that the meeting at Grimsargh Club in August 2005, is packed to the rafters, supported by Ribble Valley MP Nigel Evans, Councillor Ron Woollam, and David Hindle.

Over the next 12 years, Grimsargh Parish Council, David Hindle and 'Friends of Grimsargh Reservoirs' campaign to retain the reservoirs for the enjoyment of the village. 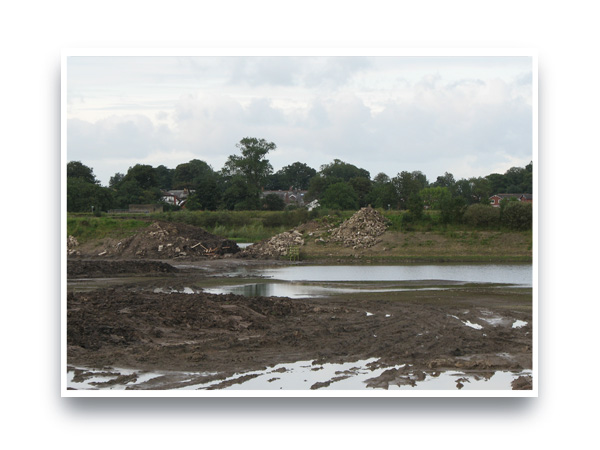 United Utilities holds a public consultation regarding proposals to build 12 houses along the frontage of the site. 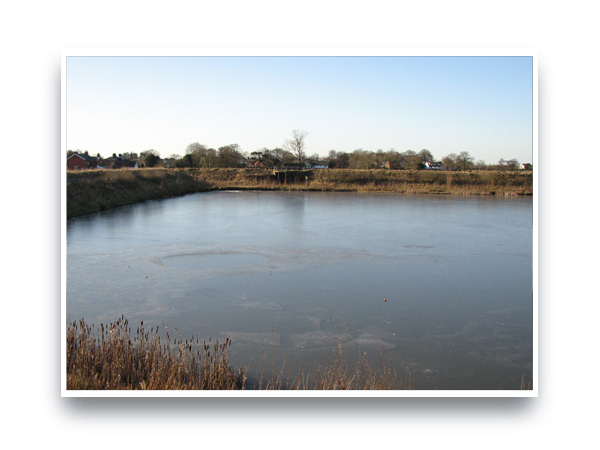 Grimsargh Parish Council lobbies the local community to get behind the plans, delivering flyers to every house in the village.

United Utilities’ initial planning application is not approved over fears of a lack of affordable housing on the site.

Councillor Lindsay Philipson, Chair of Grimsargh Parish Council, said: "After three years of hard work, working in partnership with United Utilities to get to this point, for it to be refused, was dreadful." 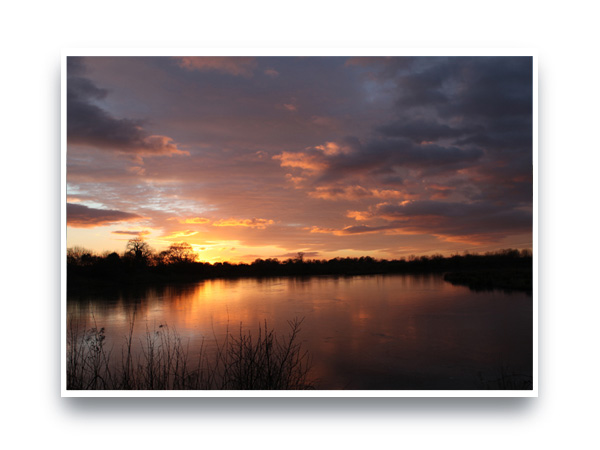 United Utilities resubmits their plan to build homes as part of the scheme to hand over the reservoirs to Grimsargh Parish Council. The planning application for 12 houses is approved later that year, and the future of Grimsargh Wetlands is secured.

In July, Grimsargh Wetlands Trust becomes a registered charity and the trustees have charitable status.

In October, the Trust holds its first volunteer day to help improve the biodiversity of the wetlands. 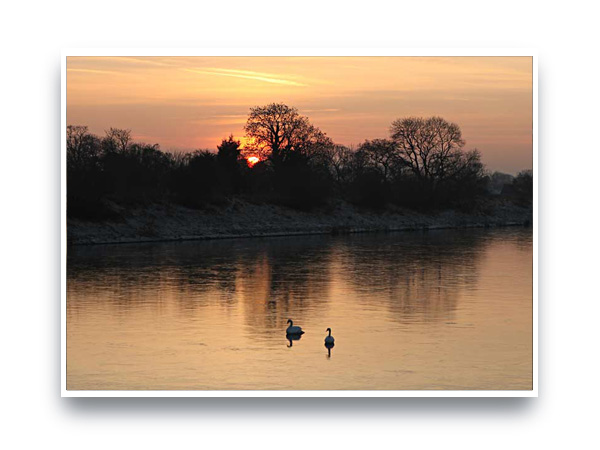 Lord Horam of Grimsargh becomes Patron of the Trust in July 2018.

Trustee Mike Fisher, starts the production of a quarterly newsletter for all members and volunteers which he has been writing and circulating on behalf of the Trust ever since.

Grimsargh Wetlands Trust secures grant for £50,000 from the Lancashire Environmental Fund (LEF) to improve access to the wetlands with the addition of widened paths, steps and ramps.

The success of this bid transforms the site, and many more people are now able to access the wetlands.

£30,000 is used for improvements to footpaths and the causeway through the wetlands.

A further £20,000 is used to construct an additional ramp, fences, screens and a viewing platform which completed in February 2020.

In July, Grimsargh Wetlands Trust signs a 25-year lease of the reservoirs from Grimsargh Parish Council for a peppercorn rent.

The same month, the Trust holds its first Annual General Meeting (AGM) and Mike Fisher is voted in as a Trustee. There are now nine Trustees and 40 members.

In 2019, Trustee Mike Fisher, initiates fortnightly guided walks around the wetlands for the public, providing an invaluable insight into the conservation work underway here.

Chair of Grimsargh Wetlands Trust, David Hindle, receives the prestigious Marsh Award for Wetland Conservation from the Marsh Christian Trust in partnership with the Wildfowl and Wetlands Trust.

In February, phase two development works on the wetlands complete, including the installation of ramps, fences, screens and a viewing platform.

Interpretative and community boards designed to inform visitors about what they could expect to see on the wetlands were installed in March, sponsored by the local Putland family.

Planning permission is also granted for an on-site storage facility to house the Trust’s maintenance equipment, which is installed in the summer.

In November, the installation of a sluice to control water levels on the Island Lake is completed, together with the reprofiling of the islands so crucial to the future breeding success of wading birds.

Throughout 2020, despite the limitations of the COVID-19 pandemic, Trustees Andy Small and Phil Atkinson, works tirelessly to raise funds for projects and on-going maintenance schemes, raising thousands of pounds.

Recollections of days gone by

I became involved in the wetlands around 1985 with Courtaulds Redscar Angling Club (RSAC) when I became a member and served on the committee, then became a bailiff.

At that time, North West Water was running the reservoirs, and they were also supportive of the RSAC.

Frank Waring and his wife Peggy were the mainstay of the bailiffs and were usually seen walking on the banks. At the age of eighty, Frank retired. When I retired, aged 63, I became a bailiff, along with Tommy and Adam.

When United Utilities took over the site, it was clear that they wanted to reduce their commitment to maintaining the banks. The reservoirs were in danger of becoming redundant.

During the 1980s a Sailing School regularly used the reservoirs, but soon after disbanded or moved elsewhere.

They, in fact, left a dinghy behind, and I had problems with village lads taking this into the water on ‘Number 2 Reservoir’ (known as The Island Lake today).

Eventually it did indeed sink, and I had to call the Police Underwater Search Team to investigate and rescue the dinghy!

The reservoirs were well stocked with fish. Number 1 Reservoir (The Mere) was regularly stocked with Rainbow Trout from a Trout Farm at Dunsop Bridge.

However, a weakness was found at the north east corner of Number 1 Reservoir, and soon after this reservoir was drained. From then on, RSAC decided to disband.

The Environment Agency then organised a fish rescue and we managed to rehome the fish under agreement with Macclesfield Angling Club in Cheshire.

Certainly, it was a big blow at the time and I sure miss the time I spent on the reservoirs.

We had two break-ins to the hut whilst I was bailiff and one where a local house had been burgled and the safe left in our hut! Then the hut was vandalised and burnt down.

It was a great place to be involved with, a local asset, which, fortunately, has not been lost forever and now is a wetlands, which I hope will be around for many years to come.

Finally, I know that one of the two bailiffs had his ashes scattered on the banks of the reservoir and I couldn’t wish for a better place to rest.

Clear, crystal waters,
A few stocked, speckled trout it takes,
To turn them into "heaven",
For an angling county man.
A few hours spent in the evening or the morn,
To watch the swan and cygnet glide,
Across mirrored waters, side by side,
Will calm a troubled mind.
Each has his own nailed cross to bear,
To make his "Peace" and calm his fears,
'til life's next battle looms.

In Spring on banks of verdant green,
The smallest creatures live unseen.
Crested fowl in down lined nests,
Pure fragile eggs beneath their breasts,
To raise their latest brood,
Among the sedge.

The primrose clusters show their heads,
Anemones and orchids there,
For bees to plunder for their hives.

They cheer us as the days prolong,
And travelling birds return in song.

Stand still quietly and meditate,
Cast over the troubles that await.
Absorb the beauty with eyes and ears,
Then realise that in too short a time,
We have to leave it all behind,
A better place than when we came,
For others to enjoy.