The wigeon is a dabbling duck that is a common sight in the UK during the winter months.

It’s a social duck and can often be found in large flocks flying in close formation over wetlands.

Wigeons breed in northern and central Scotland and small areas of northern England.

Here at Grimsargh , we get relatively few when compared with the Ribble estuary, which is one of the best sites for wigeon in Europe.

The wigeon is a medium-sized duck with a round head and small bill.

Males have a chestnut head and neck with a yellow forehead, pink breast, and a grey body. They show a large, white wing patch in flight.

Females have similar plumage to mallard females, but with a pointed tail.

The wigeon is classified as Amber on the UK’s watch list.
of Birds of Conservation Concern. 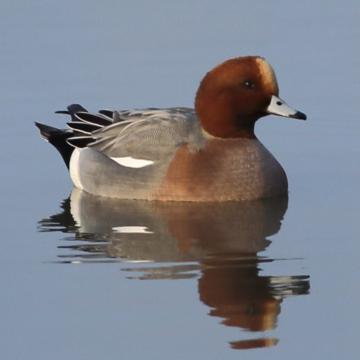 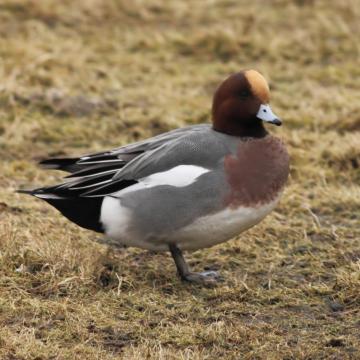 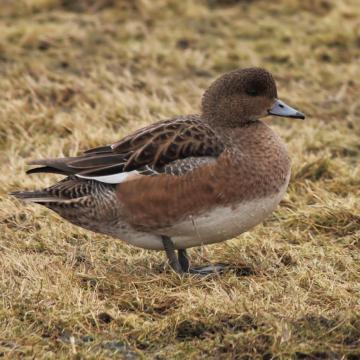