With its unique hairdo, the tufted duck is the UK’s most common diving duck.

It is medium sized, so just a bit smaller than mallard, and feeds on waterweed, plant seeds and molluscs.

Most of the tufted duck we see here are residents, meaning they nest and raise their young here. Numbers increase in the winter, however, with birds moving to the UK from Iceland and Northern Europe.

Now a common sight in the UK, numbers of tufted duck are thought to have increased rapidly during the late 19th and early 20th centuries possibly because of the colonisation of British waters by zebra mussels.

The male is black with white flanks and a distinctive tuft at the back of its head. The female is chocolate brown.

The tufted duck is classified on the Green List in the UK as a species of least concern. 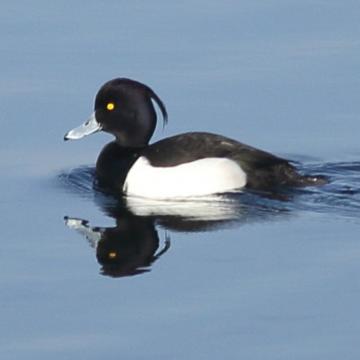 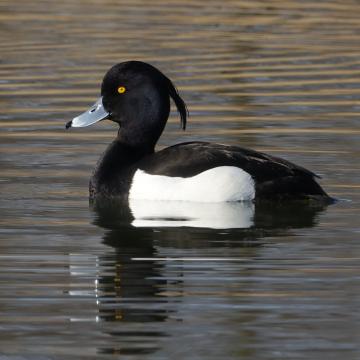 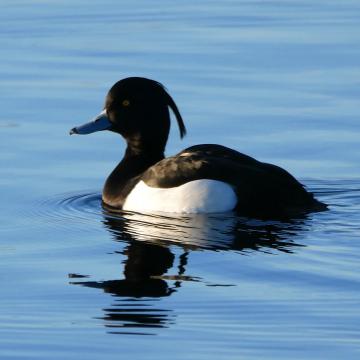