One of our smallest and prettiest ducks, the teal can be spotted in good number throughout the winter months.

They are dabbling ducks, and feed on seeds and small invertebrates.

Though some pairs do remain in the UK to breed over summer, most of the teal we see on the wetlands have journeyed from the Baltic and Siberia to escape the harsh winters there.

Males have a chestnut head with a distinctive green eye patch, a spotted chest, and a black and yellow tail. Females are mottled brown, but both sexes show bright green wing patches in flight.

The teal is classified as Amber on the UK’s watch list of Birds of Conservation Concern. 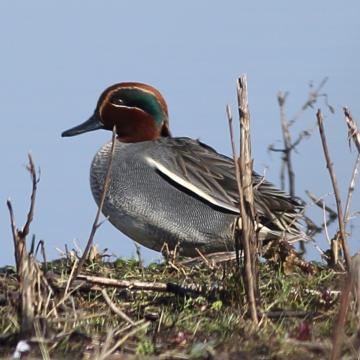 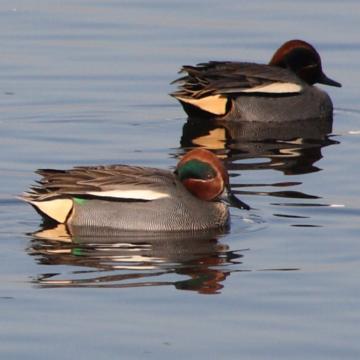