The shoveler is a duck which gets its name from its distinctive, shovel-like bill which it uses for surface feeding.

It sweeps its large, flat bill back and forth just under the surface of the water to filter out small invertebrates, seeds, and other plant matter.

It nests in small numbers in some parts of the UK but can be seen, most commonly, in the winter months here at Grimsargh Wetlands.

The shoveler’s most distinguishable feature is its large, spatulate bill. Males have a dark green head, white breast, and chestnut sides. Females are mottled brown but both show patches of blue and green on their wings in flight.

The shoveler is classified as Amber on the UK’s watch list of Birds of Conservation Concern. 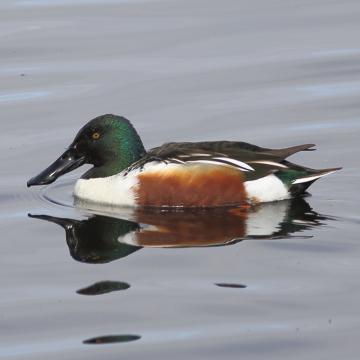 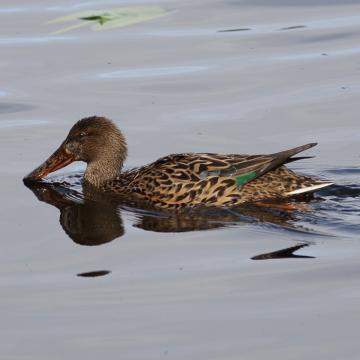 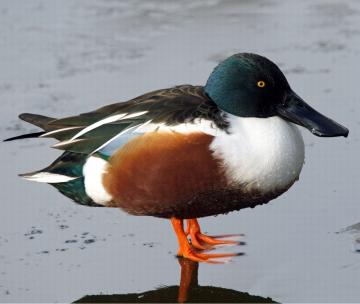