One of our largest ducks, the shelduck can be spotted all year round in the UK.

It tends to stay close to the coast but can often be found at Grimsargh Wetlands because of our proximity to the Lancashire coast.

Did you know that shelduck often nest underground in old rabbit burrows or in tree hollows?

In the 19th Century, they were often hunted down as they competed with rabbits which were a vital food source for many people.

Larger than most other ducks but smaller than a goose, the shelduck is white with a dark green head, red bill, a chestnut band around its breast, and patches of black on its back and wings.

The shelduck is classified as Amber on the UK’s watch list of Birds of Conservation Concern. 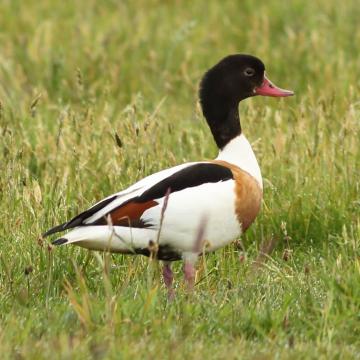 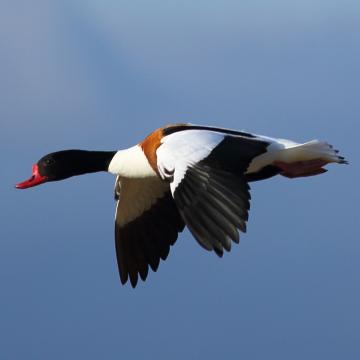