The Canada goose was introduced to the UK some 300 years ago and is now widespread in rural or urban locations; they are often found in ponds and park habitats. We get a lot of them on the wetlands, where they nest on the central islands. Sadly, this can put off some of the smaller birds from nesting, as the geese are quite clumsy and trample the nests. Did you know, they aren't actually Canadian! Many people wrongly believe they are from Canada but they are, in fact, North American.

They have a distinctive black head and neck with white cheeks and chin. Brown legs and brown feathers cover their body, and they have white feather tufts on the undercarriage. 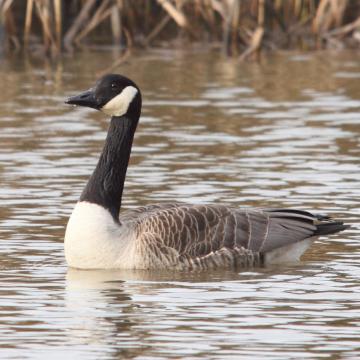 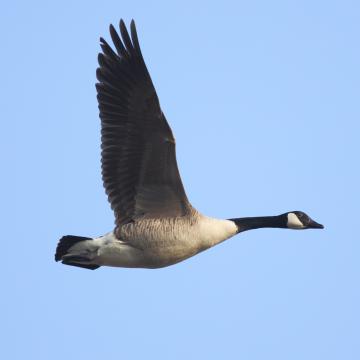